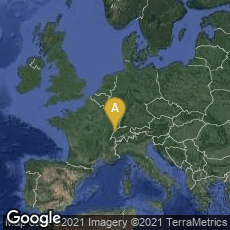 The Writer has an input device to set tabs that form a mechanical programmable memory, forty cams that represent a read-only program, and a quill pen for output. He is thus able to write any text up to 40 letters long. The text is coded on a wheel where characters are selected one by one. He uses a goose feather to write, which he inks from time to time, and he shakes his wrist to prevent ink from spilling. His eyes follow the text being written, and his head moves when he dips his pen in the inkwell.

The Musician is a female organist who actually plays a genuine custom-built instrument by pressing the keys with her fingers. The music is not recorded or played by a mechanical music box. The automaton "breathes," showing movements of her chest, follows her fingers with her head and eyes, and also imitates some of the movements of a real player such as balancing her torso.

The Draughtsman is a young child who actually draws four different images: a portrait of Louis XV, a royal couple (believed to be Marie Antoinette and Louis XVI), a dog with "Mon toutou" ("my doggy") written beside it, and a scene of Cupid driving a chariot pulled by a butterfly. This automaton uses a system of cams which code the movements of the hand in two dimensions, plus one to lift the pencil. The Draughtsman also moves on his chair, and periodically blows on his pencil to remove dust.

The Jaquet-Droz automata are preserved and operational at the art and history museum in Neuchâtel, Switzerland.