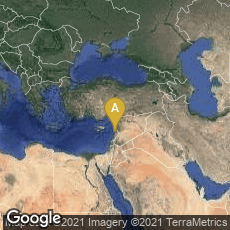 The Burning of Two-Thirds of an Historic Antiquarian Bookshop in Tripoli, Lebanon

On January 4, 2014 it was reported that most of an historic library in Tripoli, Lebanon were burned:

"Two-thirds of a historic collection of 80,000 books have gone up in smoke after a library was torched in the Lebanese city of Tripoli amid sectarian tensions. The blaze was started after a pamphlet insulting Islam was reportedly found inside a book.

"Firefighters struggled to subdue the flames as the decades-old Al-Saeh library went up in smoke on Friday in the Serail neighborhood of Tripoli. Despite firefighters’ best efforts, little of the trove of historic books and manuscripts was recovered from the wreckage.

"A demonstration had been planned in Tripoli after the pamphlet was found but was reportedly called off after the library’s Greek Orthodox owner spoke with Muslim leaders. Lebanese news outlet Naharnet also reported that one of the library workers was shot and wounded Thursday night.

“The library owner, Father Ebrahim Surouj, met with Islamic leaders in Tripoli. It became clear the priest had nothing to do with the pamphlet, and a demonstration that had been planned in protest over the incident was called off,” the source said.

"However, Ashraf Rifi, former head of the Internal Security Forces, told AP the attack had nothing to do with a pamphlet and was, in fact, triggered by speculation that Father Surouj had written a study on the internet that insulted Islam.

" 'This criminal act poses several questions [about] the party behind it that aims at damaging coexistence in the city and ruining its reputation,' Rifi told AFP. The Lebanese police have launched an investigation into the incident.

"Sectarian tensions have been rising in Lebanon recently as a result of the ongoing, two-year conflict in neighboring Syria. Until recently, the violence usually spared Christian minority groups. In December the northerly city of Tripoli saw a spate of attacks on the Alawite community in the latest spillover from Syria’s civil war" (extracts from http://rt.com/news/library-fire-lebanon-violence-176/, accessed 01-04-2014).

Then, on January 16, 2014, Elias Muhanna, assistant professor of comparative literature at Brown University, posted on newyorker.com a piece entitled "Letter from Lebanon: A Bookshop Burns," indicating that the so-called library was actually an antiquarian bookshop—a cultural landmark in the community.