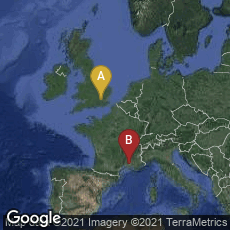 By 1980, at the end of my first decade as an independent antiquarian bookseller, I had accumulated twelve extraordinary manuscripts on diverse subjects, each of considerable historic significance. These we offered for sale in our eighth catalogue, entitled simply Twelve Manuscripts. At the time I had a sense that my ownership of several of these manuscripts was a once in a lifetime experience. What I did not appreciate was my exceptional luck in finding each of the manuscripts. Though it was, and continues to be, my privilege to handle many exceptionally fine and significant books and manuscripts in the course of business, I never again had the opportunity to assemble a comparable dozen.

Of the twelve, one of the most remarkable was the autograph manuscript of John Stuart Mill's Considerations on Representative Government, handwritten by Mill in 1860, and published in 1861. Looking back on my experience cataloguing and selling this manuscript, in 1980 Japanese institutions were very actively acquiring western rare books and manuscripts, so close readers of the description below will see that it was pitched toward the Japanese market. As it turned out, the manuscript did eventually sell to a Japanese bookseller who passed it to a Japanese university. By 2014 when I wrote this database entry, the balance of trade had shifted, and I suspected that the manuscript would have found a purchaser in the United States had it been offered for sale thirty-four years later. Our description from 1980 is quoted in full:

The most important Mill discovery of the century, this manuscript represents the only complete autograph manuscript extant of a major work of political theory by Mill. The only other known manuscripts by Mill relating to politcial theory are an incomplete autograph press copy of Principles of political economy (1848) at the Pierpont Morgan Library, and a manuscript of Chapters on socialism (1879), sold at Sotheby's in 1922, but presently unlocatable. In fact, there are a bare half-dozen manuscripts of major works by Mill extant, on whatever subject. Among these, only two others represent early drafts, as our manuscript does—an early draft of the Autobiography (1873) at the University of Illinois and an early version of A system of logic (1843) at the Pierpoint Morgan Library. The remaining major Mill manuscripts are an autograph press copy of A system of logic in the British Library, the final autograph copy of the Autobiography at Columbia University, and the scribal press copy of the Autobiography in the John Rylands Library. The autobiography and scribal copies of Three essays on religion (1874) were sold by Sotheby's in 1922, but like the Chapters on socialism have since disappeared.

Considering Mill's position as the major British philosopher, economist, and political thinker of the 19th century, and considering his productivity, it is remarkable that only a half-dozen of his major manuscripts are still in existence, and that, aside from correspondence, only about half a dozen interesting minor manuscripts remain extant. This scarcity of Mill manuscripts has come about because of the unusual and unfortunate circumstances in which Mill's library was disposed of at the turn of the century. While a few manuscripts remained in the hands of friends or family in England until donated to libraries or sold at auction, the large repository of Mill's papers and books at his home in Avignon (where he spent several months of each year from 1858 on) was sold in 1905 to a provincial French bookseller by members of the family who had little or no comprehension of its significance. Our untitled manuscript of Consdierations on representative government, which we know was composed in 1860 at least partly in Avignon, was quite probably part of this group, which the French bookseller sold off bit by bit. Thus it remained unknown to the public until now, in the hands of a French family who obtained it at auction in the 1930s.

It is all the more remarkable, then, that the untitled manuscript salvaged from near oblivion should turn out to be of such high caliber—the complete first draft of Mill's most significant work of political theory, and the text chosen, along with Mill's On liberty (1859) and his Utilitarianism (1863), for the Great books of the western world series (volume 43 in company with the United States' Declaration of Independence, the Constitution, The Federalist, etc.). To the best of our knowledge this manuscript of Representative government is the only autograph manuscript of the complete text of any classic from the entire Great books series which remains in private hands. The few other existing autograph manuscripts for these epochal achievements in the history of thought are in institutions. Mill's manuscripts for Utilitarianism and On liberty have, of course, never been found.

Our manuscript of Representative government is not an early draft in any preliminary sense, but the first full draft of the text, with the author's extensive autograph revisions. Professor John M. Robson, the general editor of the multi-volume standard edition of the Collected Works of John Stuart Mill, has made a preliminary examination of the manuscript and prepared a two-page report, a copy of which is included with the manuscript. He confirms that the manuscript is entirely in Mill's hand, and considers it to be the first draft of the text (on the basis of Mill's coments in the Autobiography and the few extant manuscripts, Mill habitually wrote two complete drafts). Professor Robson points out to us that Mill made a large number of revisions in rewriting the work, altering its structure in in interesting ways and expanding the text, particularly changing the order of chapters from the middle on, although retaining chapter headings in a wording close to that in the printed version.

'It is my impression that a careful collation of the text [of the manuscript] with that of the first and later editions would result in deeper understanding of Mill's formulation of democratic theory, in terms of the detail and of the argument supporting the conclusions. Even more certain is the significance of the comparison for a fuller appreciation of the workings of Mill's mind as writer and as theoretician. Had this manuscript been available to me when I edited the text (in its first scholarly and collated version) for the Collected Works of J. S. Mill, Vol. XIX, the text and the commentary would have been significantly different [italics ours]; both will, in the future, have to be revised, if and when the manuscript becomes available to an editor" (communication from Professor Robson).

From its publication in 1861, Considerations on representive government was a signal success. It went through three Library editions in the next four years and was widely quoted by practical politicians as well as other theorists, not only in England, but in new democracies such as Japan. It is a text still in print today—an eminently readable outline of the principal issues in democratic theory, by a proclaimed democrat and worker in the British Reform Movement from his youth who had carefully considered popular movements in North America, Europe, and the British Empire.

Like other works of Mill's maturity, such as his System of Logic and Principles of Political economy, Considerations on  representative government is characterized by thoughtful attention to central issues. In this work especially Mill directs attention to the potential dangers of political democracy, particularly the problem of combining the abilities of enlightened leadership with the need for wide participation. This was an issue of pressing urgency to the emergence of popular democracy in less modern states such as Russia and Japan. In fact, Representative government played an important role in the struggle to form a democratic government out of feudal Japan.

The text was translated into Japanese three times between 1873 and 1890, along with the texts of On liberty, Utilitarianism, Principles of political economy, and the Subjection of women. Mill's political ideas informed the famous memorial of 1874 calling for the establishment of a popularly elected assembly, and the memorial's author, Furusawa Uru, quoted from Representative government in his criticism of the conservative position. Although the conseravatives eventually triumphed, establishing a constitutional code in 1889 on the model of the German imperial constitution, the influence of Mill on the development of Japanese democratic thought cannot be underestimated. Even in the face of increasing government repression, interest in Mill did not entirely dissipate, and underwent a rebirth after World War II.