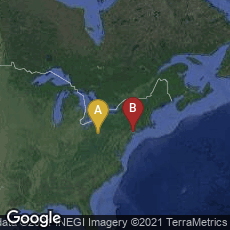 For the Westinghouse Pavilion at the New York World's Fair in 1940 nuclear physicist Edward Condon, then associate director of research at the Westinghouse Electric Company in Pittsburgh, designed and patented an electromechanical machine called the Nimatron to play the ancient mathematical strategy game of Nim. Condon and associates applied for a patent on this early special purpose electromechanical computer in April 1940, after which the machine was displayed at the World's Fair. They received U.S. patent 2,215,544 for "Machine to Play Game of Nim" on September 24, 1940. The first two images of the machine reproduced with the patent presumably show the machine as it was built. Other drawings in the machine are logic diagrams. The machine played 100,000 games at the fair, winning about 90,000. Most of its defeats were apparently administered by attendants to demonstrate that possibility. When the machine did lose it would "present its opponent with a token coin stamped with the words 'Nim Champ' "

In 1939 Westinghouse produced a 55 minute promotional film illustrating "the contribution of free enterprise, technology, and Westinghouse products to the American way of life." Entitled The Middleton Family at the New York World's Fair, it may be viewed here: