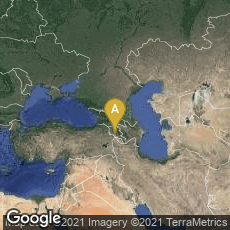 In 2008 archaeologist Daniel Adler and colleagues discovered the Nor Geghi 1 paleolithic site in Nor Geghi, a major village in the Kotayk Province of Armenia on the outskirts of Yerevan, the Armenian capital. The site yielded thousands of stone artifacts found in sediments between two ancient layers of lava that could be accurately dated to beween 325,000 and 350,000 years ago. The stone tools were made using two distinct methods of stone knapping or lithic reduction: the older method called bifacial technology and a more advanced method known as the Legallois technique.

The replacement of bifacial stone tools, such as handaxes, by tools made on flakes detached from Levallois cores documents the most important conceptual shift in stone tool production strategies since the advent of bifacial technology more than one million years earlier. This new technology was believed to result from the expansion of archaic Homo sapiens out of Africa. The co-existence of the two technologies at Nor Geghi 1 provided the first clear evidence that local populations developed Levallois technology on their own.

After exploring Nor Geghi 1 in detail, and careful analysis of the artifacts, on September 26, 2014 Adler and colleagues reported results: "Early Levallois technology and the Lower to Middle Paleolithic transition in the Southern Caucasus," Science 345 no. 6204 1609-13. The paper challenged the hypothesis that the appearance in Eurasia of the Legallois technique was the result of the expansion of hominins from Africa, and   suggested that Levallois technology may have evolved independently in different hominin populations.