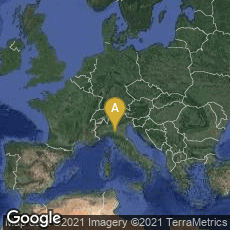 Zefirino Campanini Writes, but Does Not Publish, the First Italian Printing Manual

The earliest known Italian printing manual, written in 1789 by Zefirino Campanini, remained unpublished until it was discovered in the Biblioteca Palatina in Parma in the late 20th century by book historian Conor Fahey, who edited it for publication as Istruzioni pratiche ad un novello capo-stampa o sia Regolamento per la direzione di una tipografica officina (1789), a cura di Conor Fahy (Firenze, Olschki; London, Modern Humanities Research Association, 1998). Campanini, who worked under Giambattista Bodoni in the Stamperia Reale at Parma, described the qualities and knowledge required of a master printer. His work did not explain how to print a book, but focussed on how to run a printing shop, providing important details of speed of typesetting and distribution of type, etc.