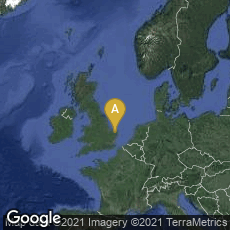 Revelations of Divine Love, The First Book in English Written by a Woman Revelations of Divine Love, written by English anchoress and important Christian mystic Julian of Norwich (Dame Julian or Mother Julian) around 1395, is the earliest surviving book in the English language written by a woman, and the earliest autobiography of a woman. Julian was also known as a spiritual authority within her community where she also served as a counsellor and advisor. She is venerated in the Roman Catholic, Anglican and Lutheran churches.

The original manuscripts of Julian's works are lost. The Short Text of Julian's manuscript survives in only one medieval copy, the mid-15th century "Amherst Manuscript" (British Library Additional 37790). See The Julian of Norwich British Library Amherst Manuscript (Additional 37,790) Project. The Long Text of her manuscript survives only in the mid-15th century Westminster Library Cathedral Treasury MS 4.  The texts are better known from a large number of later copies.