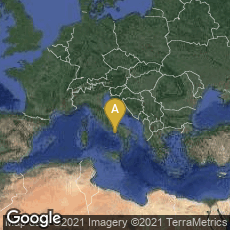 Among the many fascinating and invaluable treasures preserved in the ruins of Pompeii after its inundation by pyroclastic flow from the eruption of Mt. Vesuvius in 79 CE is the archive of banking records kept by Lucius Caecilius Iucundus, and discovered in the excavation of his house in 1875. This is one of only a handful of archives that survived from the Roman empire.

"Of the 153 tablets discovered, 16 document contracts between Iucundus and the city of Pompeii; the remaining 137 are receipts from auctions on behalf of third parties. Seventeen of these tablets record loans that he advanced to buyers of auction items.

"In addition to the transaction information, Iucundus's tablets record the names of vendors and witnesses to the arrangements. The lists of witnesses also give some insight into the social structure of Pompeii, since Iucundus had his witnesses sign in order of social status.

"The tablets themselves are triptychs, which means that they have three wooden leaves tied together to make six pages. Wax was put on the inner four pages, and the receipt was written on these surfaces. The tablet was then closed and wrapped with a string, over which the witnesses placed their wax seals. This prevented the document itself from being altered, and there was a brief description of the receipt written on the outside for identification purposes" (Wikipedia article on Lucius Caecilius Iucundus, accessed 09-06-2018).