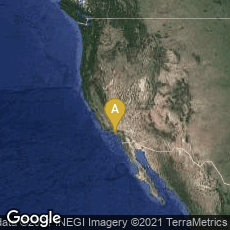 Image Source: upload.wikimedia.org
A complete Bendix G-15 on display but not apparently not operational.
In 1956 the Computer Division of Bendix Corporation in Los Angeles, California introduced the Bendix G-15 computer. Measuring about 5 feet by 3 feet by 3 feet, and weighing 966 pounds, this was the first mini-computer--the size of computer that would fit in a normal-sized office, or even, conceivably in someone's home, though its cost in 1956 dollars, between $49,000 and $60,000 depending upon configuration, probably precluded home purchasers. It was intended to be used by one person and emphasized "ease of use."

The chief designer of the Bendix G-15 was computer pioneer Harry Huskey who based it on on the Automatic Computing Engine (ACE) designed by Alan Turing at the National Physical Laboratories in Britain. Huskey had worked with Turing there for a year. The main memory of the Bendix G-15 was
"a magnetic drum. It uses the drum as a recirculating delay line memory, in contrast to the analog delay line implementation in other serial designs. Each track has a set of read and write heads; as soon as a bit was read off a track, it is re-written on the same track a certain distance away. The length of delay, and thus the number of words on a track, is determined by the spacing of the read and write heads, the delay corresponding to the time required for a section of the drum to travel from the write head to the corresponding read head. Under normal operation, data are written back without change, but this data flow can be intercepted at any time, allowing the machine to update sections of a track as needed.

"This arrangement allows the designers to create "delay lines" of any desired length. In addition to the twenty "long lines" of 108 words each, there are four more short lines of four words each. These short lines recycle at 27 times the rate of the long lines, allowing fast access to frequently needed data. Even the machine's accumulators are implemented as drum lines: three double-word lines are used for intermediate storage and double-precision addition, multiplication, and division in addition to a one single-word accumulator. This use of the drum rather than flip-flops for the registers helped to reduce vacuum tube count.

"A consequence of this design was that, unlike other computers with magnetic drums, the G-15 does not retain its memory when it is shut off. The only permanent tracks are two timing tracks recorded on the drum at the factory. The second track is a backup, as the tracks are liable to erasure if one of their amplifier tubes shorted out.

"The serial nature of the G-15's memory was carried over into the design of its arithmetic and control circuits. The adders work on one binary digit at a time, and even the instruction word was designed to minimize the number of bits in an instruction that needed to be retained in flip-flops (to the extent of leveraging another one-word drum line used exclusively for generating address timing signals).

Over 300 of G-15s were sold, mainly in North America but three made it as far as Australia. Bendix later produced a transistorized version, the G-20, but eventually sold their computing division to Control Data Corporation in 1963.

Because it only weighs around 1000 pounds and is fairly compact the Bendix G-15 has appealed to hobbyists who may actually keep some of the systems running.