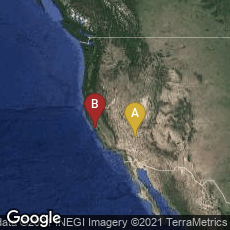 Image Source: www.hpmuseum.net
The original HP Laserjet
In May 1984 Hewlett-Packard (HP), headquartered in Palo Alto, California, introduced the HP LaserJet at COMDEX in Las Vegas, Nevada. This was the first desktop laser printer, and it played a key roll in the so-called "desktop publishing revolution."

"The HP LaserJet printer had high print quality, could print horizontally or vertically and produce graphics.[1] It was ideal for printing memos, letters, and spreadsheets. It was quiet compared to other contemporary printers, hence people could use the telephone while sitting near the HP LaserJet.[1]

"The first LaserJet was a high-speed replacement for text-only daisy wheel impact printers and the noisy dot matrix printers. By using control codes it was possible to change the printed text style using font patterns stored in permanent ROM in the printer. Although unsupported by HP, because the Laserjet used the same basic PCL language (PCL Level III)[4] spoken by HP's other printers it was possible to use the Laserjet on HP 3000 multiuser systems.

"The LaserJet Plus followed in September 1985, priced at US$3,995.[3] It introduced "soft fonts", treatments like bold and italic and other features including a parallel (Centronics) interface. It also included 512 kilobytes of memory, which was sufficient to print graphics at 300 dpi that covered about 70% of the letter-size page area" (Wikipedia article on HP Laserjet, accessed 11-2020).