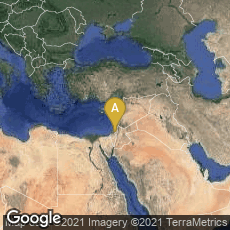 Image Source: israeled.org
Ze-ev Ben-Haim
In 1958 Israeli linguist Ze'ev Ben Hayyim (Ben-Haim), in the course of surveying contemporary dictionary projects, came across the digital humanities projects of Roberto Busa and decided to collect and organize the Historical Dictionary of the Hebrew Language in database form. Working with IBM, like Busa, the first publication resulting from Ben Hayyim's project was Samples of a Concordance and Word Collections of Barayta- di-Melekhet ha-Mishkan — an automation attempt in Hebrew research with IBM computers. This booklet, which I have not seen, was apparently issued in association with the third World Congress of Jewish Studies in 1961. Doron Rubinstein, "The Historical Dictionary of the Hebrew Language," Kernerman Dictionary News, July 2004, 34-37 wrote this about that publication and some that followed:

"This book presents the first attempt to process a Hebrew text with the aid of computers, although the processing procedure that is presented in it is not the one that the Project has finally adopted.

"Four years later, in 1965, before the fourth World Congress of Jewish Studies, there appeared the booklet Megillat 'Ahima'az - text, concordance and lexical analysis. The editorial board wanted thereby to show its method of preparing the material for the Historical Dictionary by means of the computer and of the technological means at its disposal then - from setting up the source to setting up its concordance. This booklet already presents the method of the Dictionary, as was destined to be applied with very few changes  almost until the present time.

(Thanks to M. Morgenstern calling Ze-ev Ben Haim's project, and and Doron Rubenstein's article, to my attention.)