Image Source: sites.google.com
Photograph of the second generation Grey Walter turtle (Machina Speculatrix) in the Smithsonian Institution. Walter's robots were unique at the time he invented them because, unlike the robotic creations that preceded them, they didn't have a fixed behavior. The robots had reflexes which, when combined with their environment, caused them to never exactly repeat the same actions twice. 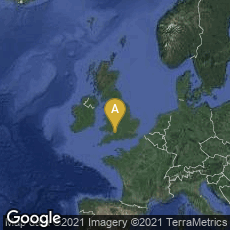 In 1948 and 1949 American neurophysiologist and robotician William Grey Walter, associated with the Burden Neurophysiological Institute in Bristol, England (now Bristol Neuroscience) constructed some of the first electronic autonomous robots. His work is considered the origin of social robotics.

Grey Walter's first three-wheel machines, which he called"Machina Speculatrix" and named Elmer and Elsie (for ELectroMEchanical Robot, Light-Sensitive), were often described as tortoises because of their shape and slow rate of movement. They were capable of phototaxis— movement that occurs in response to light stimulus.

"He [Walter] wanted to prove that rich connections between a small number of brain cells could give rise to very complex behaviors - essentially that the secret of how the brain worked lay in how it was wired up....Walter stressed the importance of using purely analogue electronics to simulate brain processes at a time when his contemporaries such as Alan Turing and John Von Neumann were all turning towards a view of mental processes in terms of digital computation. His work inspired subsequent generations of robotics researchers such as Rodney Brooks, Hans Moravec and Mark Tilden. Modern incarnations of Walter's turtles may be found in the form of BEAM robotics" (Wikipedia article on William Grey Walter, accessed 11-09-2013).