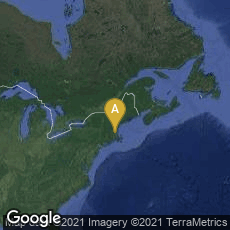 In August 1949, the Soviet Union exploded an atomic bomb. When Truman administration broke the news a month later the disclosure provoked a wave of fear and confusion — a reaction that intensified with the equally frightful revelation that the Soviets had developed long-range bombers capable of crossing the North Pole and attacking the United States.

To develop an automated detection and interception system to protect the entire U.S. from incoming bombers, in 1949, under the name Project Charles, the Air Force funded a project proposed by George Valley and Jay Forrester of MIT to develop a military grade version of the Whirlwind computer. The Final Report of the Air Defense Systems Engineering Committee (ADSEC) (1950) concluded that the United States was unprepared for the threat of an air attack, and, as a result, in 1951 MIT's Lincoln Laboratory was founded in Lexington, Massachusetts, as a federally funded research and development center, initially focused on improving the nation's air defense system through advanced electronics.

Because of MIT's management of the Radiation Laboratory  during World War II, and the experience of some of its staff on the Air Defense Systems Engineering Committee, and MIT's proven competence in electronics, the U.S. Air Force recommended that MIT could provide the research needed to develop an air defense that could detect, identify, and ultimately intercept air threats. However, it was soon determined that technology based on the Whirlwind computer, which Valley and Forrester had originally recommended for the purpose, was clearly inadequate. Instead, the project evolved into the huge Semi-Automatic Ground Environment or SAGE system, development of which occurred from 1954 to 1963.