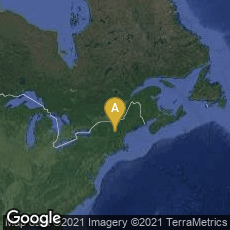 In 1964 nearly all computer use required writing custom software, which was something only scientists and mathematicians tended to do. To make programming accessible to a wider range of people, Dartmouth College mathematicians and computer scientists Thomas E. Kurtz and  John G. Kemeny invented BASIC (Beginner’s All-Purpose Symbolic Instruction Code), a general-purpose, high-level programming language designed for ease of use.

Kurtz and Kemeny designed BASIC to allow students to write mainframe computer programs for the Dartmouth Time-Sharing System, the first large-scale time-sharing system to be implemented successfully, which was operational on May 1, 1964. Developed by Darthmouth students under Kurtz and Kemeny's supervision, BASIC was intended specifically for less technical users who did not have or want the mathematical background previously expected.

In the mid 1970s and 1980s versions of BASIC became widespread on microcomputers. Microcomputers usually shipped with BASIC, often in the machine's firmware. Having an easy-to-learn language on these early personal computers allowed small business owners, professionals, hobbyists, and consultants to develop custom software on computers they could afford.