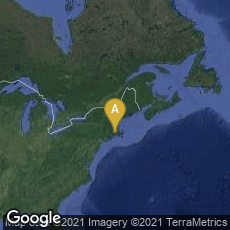 "HES organized data into two main types: links and branching text. The branching text could automatically be arranged into menus and a point within a given area could also have an assigned name, called a label, and be accessed later by that name from the screen. Although HES pioneered many modern hypertext concepts, its emphasis was on text formatting and printing.

"HES ran on an IBM System/360/50 mainframe computer, which was inefficient for the processing power required by the system. The program was used by NASA's Houston Manned Spacecraft Center for documentation on the Apollo space program. The project's research was funded by IBM but the program was stopped around 1969, and replaced by the FRESS (File Retrieval and Editing System) project" (Wikipedia article on Hypertext Editing System, accessed 11-08-2013).