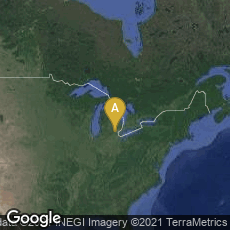 Wesley Clark Suggests the Use of Interface Message Processors on ARPANET The concept of an "Interface computer" was first developed in 1966 by Donald Davies for the NPL network in England.[6] The same idea was independently developed in early 1967 at a meeting of principal investigators for the Department of Defense's Advanced Research Projects Agency (ARPA) to discuss interconnecting machines across the country. At the ARPANET Design Session held by Lawrence G. Roberts at the ARPA IPTO PI meeting in Ann Arbor, Michigan in April 1967 Wesley Clark suggested the use of mini-computers for network packet switches instead of using the main frame computers on the Arpanet for switching. These machines were called Interface Message Processors.

The IMPs were built by the Massachusetts-based company Bolt Beranek and Newman (BBN) in 1969. BBN was contracted to build four IMPs, the first being due at UCLA by Labor Day; the remaining three were to be delivered in one-month intervals thereafter, completing the entire network in a total of twelve months. When Massachusetts Senator Edward Kennedy learned of BBN's accomplishment in signing this million-dollar agreement, he sent a telegram congratulating the company for being contracted to build the "Interfaith Message Processor".[7] (Wikipedia article on Interface Network Processor, accessed 9-2020).