Photograph of Bill Gates when he delivered his "Opening Address to Hobbyists" at the First Annual World Altair Computer Convention. From the Computer History Museum website. 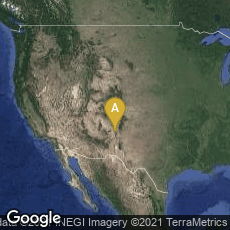 In January 1975 H. Edward Roberts, an American engineer, entrepreneur and medical doctor working in Albuquerque, New Mexico, announced the MITS (Micro Instrumentation Telemetry Systems) Altair personal computer kit in an article in Popular Electronics magazine. The MITS Altair was first personal computer based on the Intel 8080 general-purpose microprocessor, and the first personal computer to get "wide notice" among enthusiasts. It also had an open architecture. The basic Altair 8800 sold for $397.

In March 1976 the first (and only) World Altair Computer Convention, took place in Albuquerque, New Mexico. Organized by David Bunnell of MITS, it was the world's first personal computer conference, and was an overwhelming success, with 700 people from 46 states and seven countries attending.

Bill Gates & Paul Allen Change the Name of 86-DOS or QDOS to MS-DOS
From the Intel 4004 to the Intel 386, Landmark Products from the Early Years of Intel Corporation