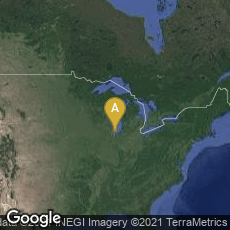 In October 1983 the Motorola DynaTAC 8000x became the first mobile phone approved by the FCC in the United States. It was also the first portable cell phone small enough to be easily carried.

"The first model, the 8000x, received FCC certification in 1983, and became the first cell phone to be offered commercially when it went on sale on 6 March 1983. It offered 30 minutes of talk time and 8 hours of standby, and a LED display for dialling or recall of one of 30 phone numbers. It was priced at $3,995 in 1983. DynaTAC was an abbreviation of Dynamic Adaptive Total Area Coverage."

"On October 13, 1983, David D Meilahn placed the first commercial wireless call on a DynaTAC from his 1983 Mercedes 380SL to Bob Barnett, former president of Ameritech Mobile Communications, who then placed a call on a DynaTAC from inside a Chrysler convertible to the grandson of Alexander Graham Bell who was in Germany for the event. The call, made at Soldier Field in Chicago, is considered by many as a major turning point in communications. Later Richard H. Frenkiel, the head of system development at Bell Laboratories, said about the DynaTAC: 'It was a real triumph; a great breakthrough' " (Wikipedia article on Motorola DynaTAC, accessed 03-16-2013).

"In 1984, Bell Labs developed modern commercial cellular technology (based, to a large extent, on the Gladden, Parelman Patent), which employed multiple, centrally controlled base stations (cell sites), each providing service to a small area (a cell). The cell sites would be set up such that cells partially overlapped. In a cellular system, a signal between a base station (cell site) and a terminal (phone) only need be strong enough to reach between the two, so the same channel can be used simultaneously for separate conversations in different cells" (Wikipedia article on Mobil phone, accessed 04-11-2009).