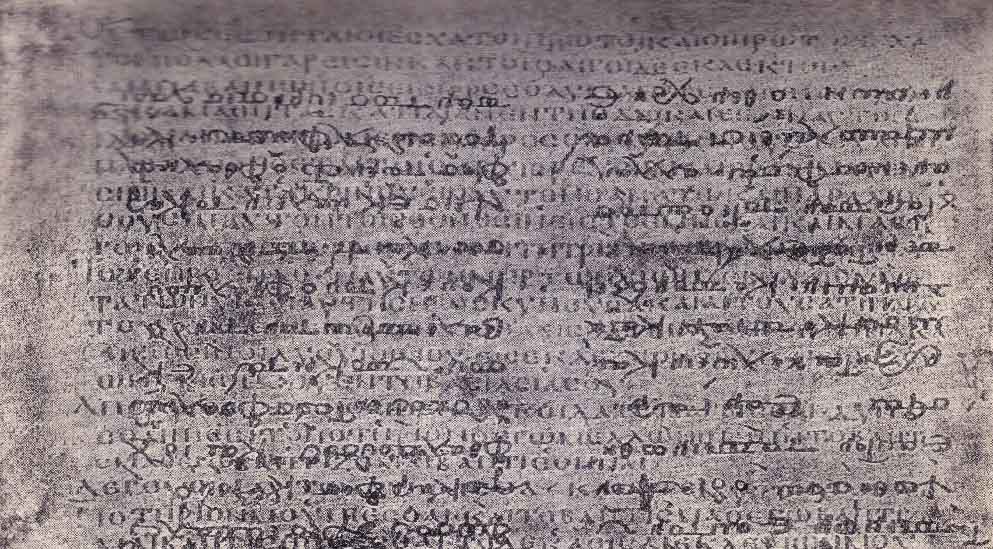 The Codex Ephraemi Rescriptus, an early fifth century palimpsest, and the last of the four great uncial manuscripts of the Bible in Greek, was preceded by the Codex Sinaiticus, the Codex Alexandrinus and the Codex Vaticanus. It was named "Rescriptus" because in the 12th century Greek translations of the treatises of Ephraem the Syrian were written over the biblical text that had been washed off its vellum pages, forming a palimpsest. However, the effacement of the biblical text was incomplete, and beneath the text of Ephraem what was once a complete Bible, containing both the Old and New Testaments, could eventually be deciphered.

The manuscript was probably written and preserved in Constantinople. After the fall of Constantinople in 1453, the Codex was brought to Florence by an émigré scholar, and in 1533 Catherine de' Medici brought it to France as part of her dowry. From the Bourbon royal library it was eventually transferred to the Bibliothèque nationale de France.

The first complete collation of the New Testament text was made by Johann Jakob Wettstein (1716). In 1834-1835 potassium ferricyanide was used to bring out faded or eradicated ink, and Constantin von Tischendorf made his reputation when he deciphered the very difficult to read texts, and published the Greek New Testament in 1843 and the Old Testament in 1845.

The Septuagint May Have Been Produced in Alexandria
Ivan Fyodorov Issues First Complete Slavic Bible
Sir Robert Bruce Cotton Collects One of the Most Important Libraries Ever Assembled by an Englishman
The Codex Alexandrinus: One of the Earliest Bible Texts with Some of the Earliest Manuscript Illumination
Patrick McGurk Analyzes the "Architecture" of 138 Surviving Early Latin Gospel Books
The Codex Zacynthius: The Oldest Codex with Text and Commentary in Uncial Script
Bibliographer Henry Bradshaw Rebuts Constantine Simonides' Claim that Simonides had Forged the Codex Sinaiticus