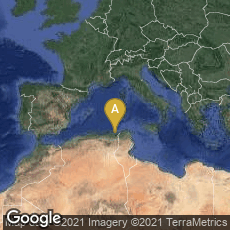 First page of the earliest printed edition of Augustine's Confessions. This copy, in the Bayerische Staatsbibliothek, is elegantly rubricated.

"It is widely seen as the first Western autobiography ever written, and was an influential model for Christian writers throughout the following 1000 years of the Middle Ages. It is not a complete autobiography, as it was written in his early 40s, and he lived long afterwards, producing another important work (City of God); it does, nonetheless, provide an unbroken record of his development of thought and is the most complete record of any single individual from the 4th and 5th centuries. It is a significant theological work. In the work St. Augustine writes about how much he regrets having led a sinful and immoral life. He discusses his regrets for following the Manichaean religion and believing in astrology. He writes about Nebridius's role in helping to persuade him that astrology was not only incorrect but evil, and St. Ambrose's role in his conversion to Christianity. He shows intense sorrow for his sexual sins, and writes on the importance of sexual morality. He also mentions that his favorite subject in school was mathematics because it was concrete and more rigorously defined than other subjects. The book is thought to be divisible into chapters which symbolize various aspects of the Trinity and trinitarian belief." (Wikipedia article on Confessions (St. Augustine) accessed 05-12-2009).

There are nine surviving manuscripts of The Confessions in Carolingian miniscule from the 9th/10th centuries, mostly preserved in the Bibliothèque nationale de France.

The first printed edition of Augustine's Confessions was issued in Strassbourg "not later than 1470."

As the quotation from the 2009 version of the Wikipedia article states, Augustine's Confessions is often considered "the first Western autobiography." However, in July 2018 Oliver Scott pointed out that this is an error. The first Western autobiography is The Life of the first century Romano-Jewish scholar, historian, and hagiographer, Titus Flavius Josephus (37-c. 100 CE).

issued in Strassbourg "not later than 1470:

Probably the Earliest Extensive Collection of Paintings
Cylcons
Standardization of the Homeric Texts Possibly Begins
Knowledge as Power: King Ashurbanipal Forms the Earliest Systematically Collected Library as Distinct from an Archive
Automata Invented by Heron of Alexandria
The Form of the Manuscript Book Gradually Shifts from the Roll to the Codex
The New Testament Was Probably Written over Less than a Century
Computus, for Calculating the Date of Easter, is the Root of the Modern Word "Computer"
The Code of Justinian, The Basis for Civil Law in Western Europe
St. Benedict Founds the Abbey at Monte Cassino and Later Formulates his Rule