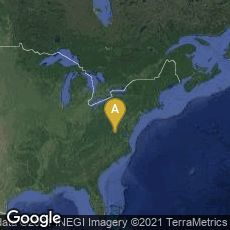 Lloyd Sumner Issues The First Monograph by a Computer Artist

Cover of Computer Art and Human Response by Lloyd Sumner.

In 1968 print dealer and book collector Paul B. Victorius of Charlottesville, Virginia published Computer Art and Human Response by computer artist Lloyd Sumner. This oblong 8vo of 96 pages, dedicated "To my good friends the Burroughs B5500 and the Calcomp 565," appears to be the first monograph by a computer artist, and because it explains techniques, it is probably the first book on how to produce computer art, as William Fetter's 1965 book on Computer Graphics in Communication was focused on computer graphics used in engineering.

Sumner's book is extensively illustrated with numerous plotter images output on the Calcomp 565, several of which are reproduced in color, making it one of the earliest books exclusively illustrated with computer graphics. Sumner's book was probably published in December 1968.  The text refers to Sumner's participation in the Cybernetic Serendipity show in London held from August to October 1968, indicating that "over 50,000 people" attended that show, and the introduction to the book by the president of the University of Virginia is dated August 1968. Two presentation copies in my collection are dated December 12 and 13 respectively.

"Cybernetic Serendipity": The First Widely-Attended International Exhibition of Computer Art
Gordon Pask Creates a Sound-Actuated Interactive Light Show
K. G. Pontius Hultén Curates "The Machine as Seen at the End of the Mechanical Age" : An Art Exhibition
The Computer Artis Society, the First Society for Computer Art, is Founded in London
Peter Seitz Issues the "Design and the Computer" Issue of "Design Quarterly"