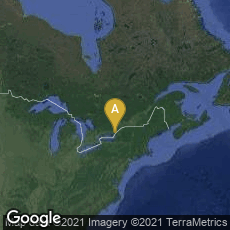 In December 1973 Microcomputer Computer Machines, Inc. ("MCM"), introduced the MCM/70 (MCM 70). MCM was started in 1971-1972 by Mers Kutt and associates in Kingston, Ontario, Canada, with the objective of designing, building, and marketing a state-of-the-art powerful, but portable, general-purpose microcomputer. One of the very first microcomputers, the MCM.70 was the first truly portable computer and arguably the first truly usable microcomputer system.

The MCM/70 included one or two digital tape drives in the single physical unit including the integral keyboard and display, with a total weight of about 20 pounds. To emphasize the MCM70's portability, MCM made an optional carrying case available so that the whole computer would fit under an airline seat. The MCM/70 and MCM/800, a more powerful model introduced in 1976, could be connected to any Diablo 630 compatible printer daisy wheel printer for printed output, but also for digitizing analog input. The MCM 800 was a desktop unit, with ribbon cables connecting the physically separate units. These could include a Diablo 630 compatible printer, a CRT display, additional digital cassette tape drives, a single or dual floppy disk unit, a 30 cps modem, and an 80-column card reader, as off-the-shelf units.

The MCM/70 used IBM-developed APL as its user language and was the first commercially available computer to make APL its primary or only user language. MCM continued APL as the user language on the MCM/700 and the later 800, but downplayed it in the MCM/1200, emphasizing instead the use of software packages writtin in APL. The MCM/70 provided the user with virtual storage as an automatic standard feature, as long as the computer was equipped with at least one tape drive or one disk drive. The MCM/70 was the first commercially available computer to do this. It gave the user the ability to do large data manipulation tasks, of the kind that would normally have required a mainframe, but,of course, more slowly on a very small and relatively in expensive computer. MCM continued providing automatic virtual storage to cover all of the computers in its line.

The MCM/70 was the first microcomputer that came bundled with its own operating system software: AVS. AVS managed the virtual storage transparently for the user, and provided the interface between APL and the hardware.The user accessed operating system facilities through APL, especially the enhanced "quad" functions. However, MCM provided an editor in AVS for use with APL which improved on the editor familiar to users of IBM'sAPL/360 implementations. MCM carried all of these features forward to the MCM700, 800, and 1200 models.

The MCM 70 provided a new level of comprehensiveness of hardware-software integration. It was the first clear instance of what is termed "co-design" where the computer software and hardware are designed at the same time, by people working together and deliberately seeking a common set of goals for the performance of the hardware when directed by the software. While the MCM700 preserved nearly all of this tight integration, the MCM/800 lost some in adding additional peripheral equipment, and the MCM/1200 lost more. For the MCM/70, more of the integration appears in the AVS operating system than in MCM's APL implementation, because of MCM's deliberate policy of keeping a very close compatibility withI BM's APL/360.

As advanced and sophisticated as were all of ACM’s hardware and software innovations, and as useful as the machines were to business customers before the PC revolution, MCM machines never achieved sufficiently high volume to allow lower unit cost, and their tightly integrated designs incorporated rigid hardware and software constraints. When the Apple II was introduced in April 1977, at a much lower price, and without the same constraints, it became an immediate success, taking sales away from MCM. Also, the Apple II's ability to run VisiCalc, the first electronic spreadsheet, was so compelling that many people bought the Apple II for that purpose alone. The Apple II, and, of course, the open architecture IBM PC, introduced in 1981, and its clones, captured the market that MCM targeted. By 1981, as the PC revolution began, the company was in trouble, and by 1985 MCM folded.