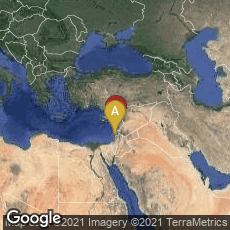 The Persecution, Imprisonment and Torture of Origen; its Consequences for his Library "According to Eusebius [Historia ecclesiastica], Origen was a confessor during the Decian persecution. Eduard Schwartz supposes that Origen's library was damaged at this time, although there is no direct evidence of it. Probably Schwartz made his conjecture because it helps to explain why Pamphilus later had to expend great effort to acquire copies of Origen's works for the Caesarean library. Decius required that people of the Roman Empire perform sacrifice and receive certificates (libelli) of compliances with the imperial order. In 249 or 250 Origen was arrested, imprisoned, and tortured, but he evidently survived the persecution. It seems, then that either his case was dismissed or, what is probably more likely, he simply outlived the persecution and was freed in 251. Because Origen's judge had the power to coerce Origen's compliance by imprisonment, torture, and the assessment of fines, even to the extent of confiscation of his personal property, it is possible that his library was damaged, though certainly it was not destroyed, since, for example, the Hexapla survived until at least Jerome's day. Indeed, despite the persecution, as well as whatever other misfortunes may have befallen the library after Origen's death, Pamphilus was probably drawn to settle at Caesarea because of the reputation the city enjoyed as the home of Origen's library.

"Origen died soon after the end of the persecution, between 251 and 253, at Tyre, according to Tradition. Origen's bishop, Theoctistus, survived for almost another decade, through the persecution under Valerian to the restoration of peace by Gallienus in 260. Domnus succeeded him for a short time and was himself then succeeded by Theotecnus, whom Eusebius calls a contemporary. Theotecnus' access is according dated to sometime after 260. Eusebius also relates that Theotecnus had been a member of Origen's school (διατρβπ), presumably at Caesarea. Because of this association with Origen, it is possible that Origen's library now came, if it was not already, under direct episcopal authority" (Carriker, The Library of Eusebius of Caesarea [2003] 11-12. Note that I left out numerous textual citations by Carriker and his many footnotes. The links are, of course, my additions.)

♦ Whatever persecution, imprisonment and torture that Origen faced from the Romans, Origen had suffered considerably at his own hand by castrating himself, or it is possible, as Eusebius claimed, that Origen paid a physician to castrate him surgically. This story of Origen's emasculation remained sensational throughout the Middle Ages, as it was illustrated in various miniature paintings, such as the one reproduced from Bodleian Library, MS Douce 195, fol. 122v with this database entry.

Pamphilus Establishes a Library and Scriptorium, and is Executed During the Diocletianic Persecution of Christians
Celtic Monks Illuminate the Book of Kells
Ratdolt's Edition of Eusebius's "Chronicon" Contains One of the Earliest Acknowledgments of Gutenberg's Invention
The Codex Sinaiticus
The Emperor Constantine Converts to Christianity Beginning with the Battle of the Milvian Bridge
Codex Vercellensis, the Earliest Surviving Manuscript of the Old Latin Gospels
The Codex Beneventanus, From the Libraries of Richard Mead and Anthony Askew
Eusebius Establishes the Eusebian Sections, One of the Earliest, Most Widely-Used Cross-Indexing Systems
Contantine Orders Fifty Luxurious Bibles for the Churches of Constantinople
Nicolas Jensen's Will: the First Concrete Evidence of the Existence of Matrices for the Casting of Type Fonts

Pamphilus Establishes a Library and Scriptorium, and is Executed During the Diocletianic Persecution of Christians
Eusebius Introduces his Tabular Timeline System
Origen's Hexapla: Made Possible by the Codex Form, and the First Codices to Display Information in Tabular Form
Popol Vuh, The Book of the People, is Known from a Single Manuscript
The Codex Zacynthius: The Oldest Codex with Text and Commentary in Uncial Script
Vespasiano da Bisticci, Leading Bookseller of Florence, Retires Rather than Face the New Technology
Alonso Victor de Paredes Typesets and Prints the First Manual on Typesetting & Printing in Spanish

Pamphilus Establishes a Library and Scriptorium, and is Executed During the Diocletianic Persecution of Christians
Reconstruction of the Contents of the Library of Eusebius

Eusebius Introduces his Tabular Timeline System
Origen's Hexapla: Made Possible by the Codex Form, and the First Codices to Display Information in Tabular Form