Philology Probably Begins at the Royal Library of Alexandria 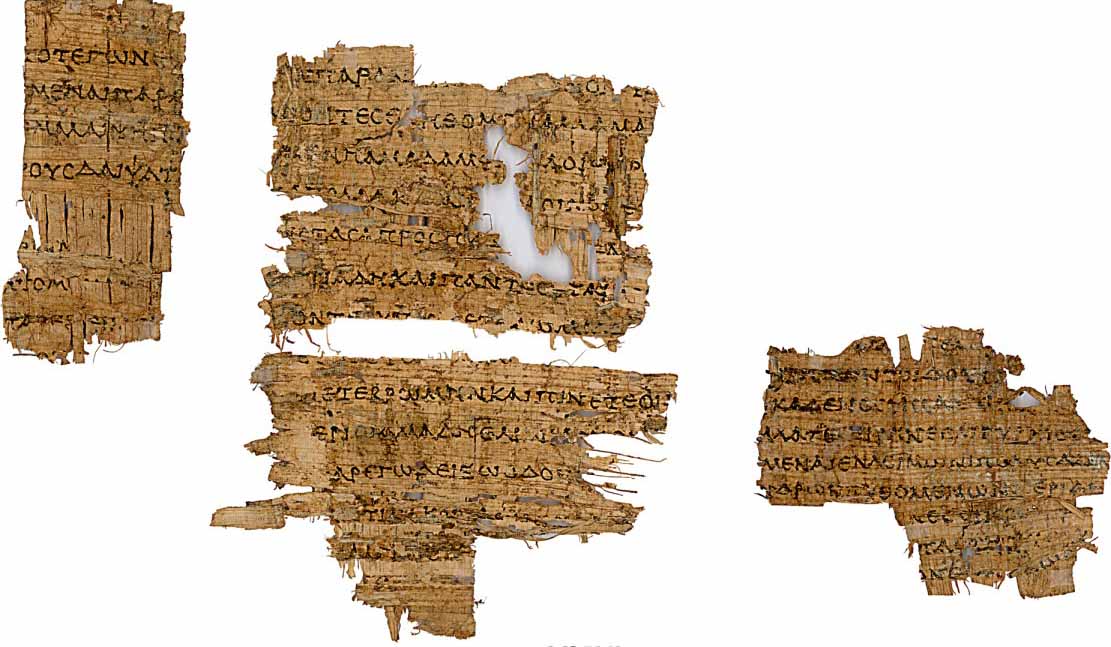 Commentaries on the Iliad and the Odyssey written during the Hellenistic period at Alexandria began exploring the textual inconsistencies of the poems which occurred as the result of different scribes writing down differing versions of poems passed down through the oral tradition. Examples of these variant readings have survived in Bodleian Library papyrus (MS. Gr. class. b.3 [P]). The process of comparing different manuscript texts— such as would have been preserved at the Alexandrian Library— to arrive at what might be the “canonical” text, was the beginning of philology.

The first critical edition of Homer was made by Zenodotus of Ephesus, first superintendant of the Library of Alexandria, who lived during the reigns of the first two Ptolemies, and was at the height of his reputation about 280 BCE. His colleagues in librarianship were Alexander of Aetolia and Lycophron of Chalcis, to whom were allotted the tragic and comic writers respectively, Homer and other epic poets being assigned to Zenodotus.

"Having collated the different manuscripts in the library, he expunged or obelized doubtful verses, transposed or altered lines, and introduced new readings. It is probable that he was responsible for the division of the Homeric poems into twenty-four books each (using capital Greek letters for the Iliad, and lower-case for the Odyssey), and possibly was the author of the calculation of the days of the Iliad in the Tabula Iliaca" (Wikipedia article on Zenodotus, accessed 11-26-2008).

The most famous Greek manuscript of the Iliad, Venetus A (Marcianus Graecus Z. 454 [=822]), a tenth century codex preserved at the Biblioteca Marciana, Venice, contains several layers of annotations, glosses, and commentaries known as the "A scholia." These are thought to preserve editorial comments made by scholars at the Royal Library of Alexandria, as well as scholia accumulated by late antique annotators and philologists until the manuscript was written at Constantinople during the Macedonian Renaissance.

Standardization of the Homeric Texts Possibly Begins
The Royal Library of Alexandria: The Largest Collection of Recorded Information in the Ancient World: its Extent & its Destruction
The Charioteer Papyrus, Sensitively Drawn and Finely Colored
The Editio Princeps of Homer: The First Printing of a Major Greek Work in its Original Language
Heinrich Schliemann Discovers the Ancient City of Troy
Linear B and its Decipherment: Records of Mycenaean Civilization
The "Fatal Letter" in the Iliad: Introduction of Written Language to the Greeks
The Vergilius Vaticanus, One of the Oldest Surviving Illustrated Codices
The Epic of Gilgamesh, Probable Source of Aspects of Biblical and Homeric Literature

The Royal Library of Alexandria: The Largest Collection of Recorded Information in the Ancient World: its Extent & its Destruction
Venetus A, the Most Famous, and Most Significant Manuscript of the Iliad
Friedrich August Wolf Argues that the Poetry of Homer Shoud be Studied as a Product of Oral Tradition
The Text of Tacitus' Annals and Histories Survived in Only Two Manuscripts
The Bankes Homer: One of the Best Preserved Papyri of Homer